Tuna is dangerously overfished around the world, with some estimates predicting Indian Ocean stocks to collapse by 2026.

UK supermarkets are all too aware of the problem, with Tesco threatening to boycott Indian Ocean tuna unless swift action resolves regional failures in stock management.

John West often found himself in the eye of the storm. It was scrapped by Tesco in 2016 after The Times revealed it had reneged on its promise to stop using destructive fishing practices.

Now, however, the company has sought to place itself at the forefront of efforts to tackle the illegal and unregulated fishing that is causing so many problems.

In March, John West’s owner, Thai Union, announced a partnership with US environmental group The Nature Conservancy, as part of a commitment to “full supply chain transparency.”

The plan will involve the deployment of electronic surveillance on all partner vessels – including on-board video cameras, GPS and sensors to automatically track activities on board – and / or human observers.

Mark Zimring, director of the large-scale fishing program at The Nature Conservancy, says the current lack of on-board surveillance “makes it difficult to regulate even the most vulnerable fisheries.”

“By partnering with one of the largest players in the seafood sourcing industry to fill this data gap, Thai Union and TNC have a real chance to achieve lasting change on a global scale. “ 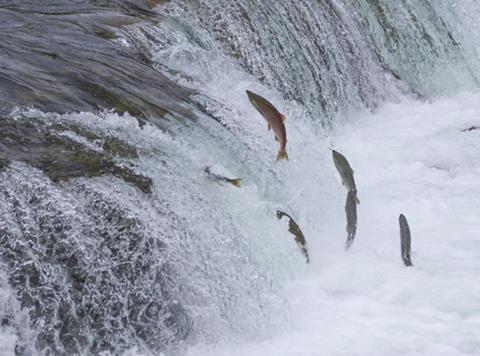 It’s hard to underestimate the importance of salmon to Alaska, home to one of the largest runs of wild salmon in the world. It is so beloved that when Alaska was granted statehood in 1959, it even enshrined the requirements for sustainable fishing in its constitution.

This means biologists are on hand across Alaska with the power to make real-time decisions on catch levels throughout the season.

The process is in many ways quite straightforward. Biologists spend the summer in towers overlooking the river, counting the number of passing salmon. By comparing that number to the number of salmon needed to spawn to maintain a robust salmon population next year, catch limits are set and often adjusted on a daily basis.

The importance of salmon means that most fishermen support the policy, even on days when they come home empty-handed, says local biologist Tim Sands.

According to Paul Greenberg, fisheries expert and author, the management of the area “proves that fishermen and environmentalists can work together, and these alliances must become more common if fishing is to have a future,” he wrote in The Guardian. 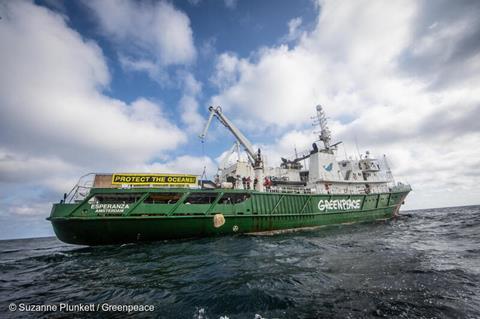 Britain’s “marine protected areas” aren’t always the havens many environmentalists want them to be. Although they now cover an area twice the size of England, critics have often referred to them as ‘paper parks’ that rarely prevent destructive fishing practices from taking place.

This is expected to change in four major MPAs off England. According to plans released by the government in February, bottom trawlers will be banned under new post-Brexit powers to protect marine life.

The largest is Dogger Bank in the North Sea, where Greenpeace dropped dozens of rocks last fall to disrupt trawlers. The site is the UK’s largest shallow sandbar and a habitat for critically endangered species such as the common skate. It is also home to hermit crabs, flatfish, starfish and many other species.

The new laws would prevent boats from dragging weighted nets along the seabed. Professor Callum Roberts of the University of Exeter welcomes the new protections, saying Dogger Bank is now “a ghost of what once was”.

“New protection could lead to the start of a recovery of a megafauna that thrived on the shore in astonishing densities: halibut, flapper ray, blue ray, longnose ray, angel sharks, turbot, brill, wolf. sea, conger, cod. “

Charles Clover, Executive Director of the Blue Marine Foundation, hails “this bold first step towards the protection of our offshore marine protected areas”. He calls Dogger Bank “a huge and ecologically important area that has been hammered by trawls and dredges for too long”.

The fishing industry condemned the plans as a “shocking development” and a “brutal approach”, warning that it would damage livelihoods.

“The proposals amount to a new sale of the fishery,” said Dale Rodmell, deputy executive director of the National Federation of Fishermen’s Organizations. “This bodes ill for other regions and for fishing communities in our increasingly congested seas.” 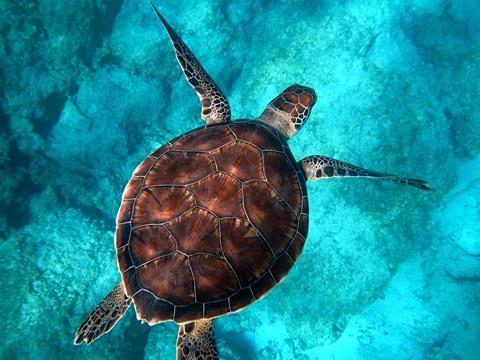 Fishing nets can be imprecise tools for working with unwanted fish, birds and marine mammals that are often unknowingly entangled.

Some fisheries are therefore taking measures to minimize bycatch as much as possible.

The northern Australian shrimp fishery, for example, has virtually eliminated turtle bycatch by using turtle exclusion devices (TEDs) that keep the shrimp in while the turtles can swim out of the nets without be hurt.

Local fishing boats joined the effort by adapting the shape of the nets and the size of the meshes. The result was to reduce bycatch by almost 44% without loss of shrimp.

However, species such as the sawfish can be more difficult to avoid. “It’s really hard for anglers to modify their fishing gear to avoid sawfish entanglements because of their unique long-toothed rostrum or ‘saw’, says Matt Watson, MSC’s senior director of fisheries in Australia. “From hand-set nets to shrimp trawlers, sawfish species are vulnerable to interactions with fishing gear. This is why it is important that industry and scientists work together to find solutions.

Work is therefore underway to find these solutions. One proposal is to use electromagnetic fields to try to alert sawfish in the net in advance, before they get tangled. 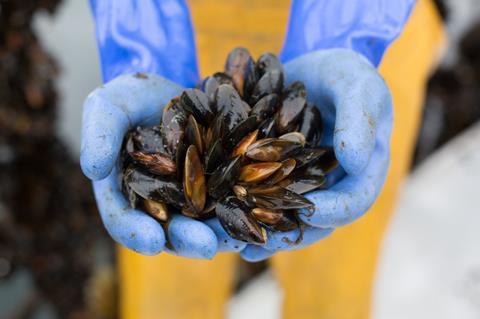 Are oysters, mussels and clams the key to sustainable protein? Unlike carnivorous fish like salmon, which need to be shipped elsewhere for food, bivalves need little food.

No need for fishmeal, no need for antibiotics or destructive fishing practices. Seashells even protect fragile ecosystems by filtering the water in which they live.

A 2017 article in The Solutions Journal called them the most environmentally friendly farm animals, as well as the least concern for welfare.

One of its authors, Jennifer Jacquet, wrote in The Guardian that of all the animals that humans keep, bivalves best meet the requirements of minimal impact and minimal pain. “For the future of aquaculture, we should look to the half-shell.”